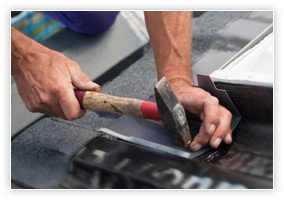 Peter Denn started Northeast Roof Services in March 2011 and is responsible for its overall activities and performance.

Peter has more than 25 years experience in the Commercial/Industrial Roofing Industry. Prior to NERS and for the past five years he was the General Manager of the Billerica, MA branch of Tecta America New England, the largest roofing contractor in the country. He was responsible for all aspects of this branches performance including, sales, project management, estimating, and ultimately branch profitability. In addition to the branch responsibilities Peter also served as project manager on many of the branches more challenging projects.

Prior to Tecta America Peter served as a Senior Project Manager at Delta Roofing. In this capacity he estimated and managed over 200 projects including large pharmaceutical and bio tech facilities, complicated historical restorations featuring slate and copper, metal roof systems, and many other high profile projects throughout the state of Massachusetts.

Peter received a BS degree from Babson College. In addition he holds an unrestricted Construction License from the state of MA.

Jeff Paquette started Northeast Roofing Services in March 2011 and is responsible for all project management, estimating, and safety.

Jeff has 10 years experience with architectural drafting and construction. He has worked as a Project Manager/Estimator for NorthStar Construction and Tecta America New England for the past four years. In his short time in the industry, Jeff has estimated and managed several projects in the Commercial and Residential Roofing Industry.

Before his roofing career he designed additions for private home owners during college. After college he signed a minor league contract with the Toronto Blue Jays and played two years for them.

Jeff coaches the Billerica Legion Baseball Team and enjoys spending summers at Lake Winnisquam with his fiancé and family.

TJ McDonough started Northeast Roof Services in March 2011 and is responsible for its field operations and service department.

TJ has worked in the Commercial/Industrial Roofing Industry for the past 25 years. Prior to NERS and for the past ten years he was the Service Manager of the Billerica, MA branch of Tecta America New England, the largest roofing contractor in the country. He was responsible for all aspects of the Service Department generating around $2,000,000 of revenue per year. In this capacity he supervised the activities of 8-10 service technicians on a daily basis. He has worked with a wide variety of customers and clients including general contractors, real estate property managers, mall owners, roof consultants, and many mechanical and HVAC contractors.

Prior to Tecta America TJ served as a job foreman for Delta Roofing. In this position he supervised the installation of millions of square feet of roof installations including both new construction and re-roofs installed to the roof manufacturer’s warranty requirements. He has been trained in all aspects of the construction industry including OSHA certification, CPR training, lift safety, and fall protection workplace training.

TJ enjoys spending time at his summer home in New Hampshire, kayaking, and spending time with his wife of 28 years and his many friends.